Episode 8. Stop Feeling Sorry For Yourself!

One of life's unexpected curve-balls smashed into my solar plexus, taking me sharply to my knees, gasping for air, humiliated and crushed. At the exact moment I needed a strong pair of uplifting hands, my gobshite Inner Idiot rushed in, pouring derision on my shame.

Thing is, it wasn't in my Inner Idiot's best interests for me to recover, gain confidence or feel positive - all the things I needed to become happy. If I recovered and found happiness, Inner Idiot would be redundant, unwanted and homeless.

It occurred to me, after several decades,  Inner Idiots are parasitic in nature, desperate to cling on. If I evicted him, he would perish. It's for this reason they develop mighty arsenals, in which are contained  terrible weapons. Such as shame, harsh self-judgement and judgement of others, self-loathing and a bleak sense that change is impossible, designed to drain the self-confidence and self-belief. In turn eliminating self-respect and self-love. Weakened by the first onslaught, next come the lies. 'There's no point in in trying, it'll always be like this.' Or the old classic 'Other people are successful and happy, that's too hard for someone as crap as you!'

So as you can see, a systematic and ruthless bully too. I reached a forlorn place. But, I had a tiny, yet unextinguished spark. Only one. It was enough. I, oh so gently, nursed that tiny, precious beacon of hope. As my ember grew and gained strength, Inner Idiot knew I knew,  his days were numbered.

Then - his ace card! Self-Pity. Whack! Over I went. I got up. He knocked me down. Over and over and over. That palava went on for about a year. He put up a good fight to cling on to me. But - so did I.

Self-pity was the worst of Inner Idiot's weapons because it was the most deadly. Once wielded, I became isolated from others, in the way an abusive partner forces isolation. Feeling sorry for myself, always thinking, seeing and saying negative things, caught me in a lonely trap. No-one wants to hang out with Negative Nellie or Minnie Moaner. I knew I had to work to change this. So I did. I now have a wonderful tribe, who enjoy my company and love my energy.

The language of self-pity is psychologically destructive. 'It's not fair,' cropped up. A victim statement. Being a victim is also a lonely trap. No-one wants to sit listening to how shit I thought everything was. Who could blame them? No-one ever promised me a fair education. 'I can't do it,' even though there I was, alive and surviving. So I told myself I could.

A low self-esteem is easily attacked by self-pity, sufferers can become self-destructive. Things spiral down into disasters and in turn, a further lowering of the the self esteem. 'See I told you nothing goes right for me!' A self fulfilling prophecy that reinforced another reason to feel sorry for myself.

Happily 'Big Momma Gilli' charged in, like Boudica, in her steel chariot, complete with bladed wheels, to counter Inner Idiot's near fatal atacks on 'Little Gilli.'

Each tiny win for me, was a loss for him. A tiny win for me was achieving something, despite self-doubt or  lack of motivation. Telling myself I could, and being proud that I had. Each tiny win was a small brick  I used to build my self-belief wall.

I lost many battles, but  now, I've won the war against my Inner idiot. The final nail in his coffin was the 'Dear John' letter I sent him. My self-belief is solid. If I don't achieve an outcome, I hope for, I learn from it. If someone is nasty to me, I learnt that it speaks nothing about me. If I struggle to understand, or do something, I ask for help. If I feel overwhelmed, I step back and breathe and reinforce my boundaries. An act of self-respect and self-love, necessary to keep me healthy.

Be firm with your Inner Idiot. If you give them an inch, they will take your world.

Episode 12. It Could've Been Worse. 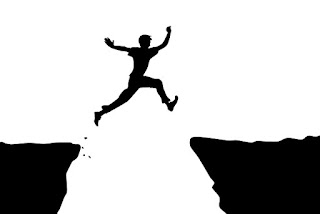 It's better to be happy.

'There is an old Sysan saying that the soup of life is salty enough without adding tears to it.' Iain Banks. Look to Windward. 2002

Gillian Cullis
Powys, United Kingdom
The way I previously thought about, and dealt with difficult things, wasn't working. So weeks away from death, I knew I had to change. I had to choose happiness. My blog is about how I did that. With the dreadful news that suicide is now the biggest killer of men under 45, if what I publish helps only one person, not to give up, then I will be very happy.